Medhat Shafik was born in 1956 in El Baldari, on the banks of the Nile River.
In Milan he obtains a diploma in painting and in set design at the Brera Academy.
Right from the beginning, his art has been distinguished for its richness of expressivity, physicality and materiality; it embraces a kind of horror vacui, a striking feature embedded in middle-eastern decorations, tending to occupy all the surrounding space.
Alongside this expressivity, his work also highlights a meditative, almost spiritual, dimension.
Medhat Shafik utilizes discarded materials, such as used wrapping paper, pieces of wood and old doors salvaged from demolition depots.
He further holds dear the concept of Agorà, the birthplace of civilization and democracy, where people exchange goods and ideas.
Through his art, he aims to kindle dialogue on diversity: each of his paintings is the encounter among different cultures.
These aspects are the components of his work titled “The Ascetic’s Path”, realized together with two other Egyptian artists, that honors him with the Leone d’Oro alle Nazioni Prize at the 1995 Venice Biennale.
Searching for his own roots through Egypt’s history, Medhat Shafik finds himself engaged in telling his spectators the stories of humanity, with a view to conferring on them a universal message of tolerance and of mutual understanding.

Medhat Shafik distinguishes himself by his use of a variety of techniques. He loves natural materials, such as objects and branches he finds along the sea and bituminous colors.
He adopts above all acrylic colors to realize his works on paper, then successively he incorporates collage and various objects. 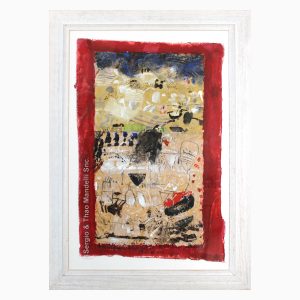 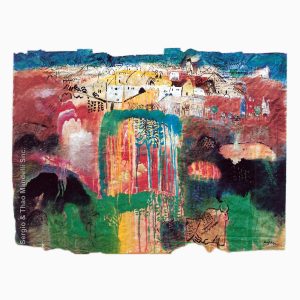 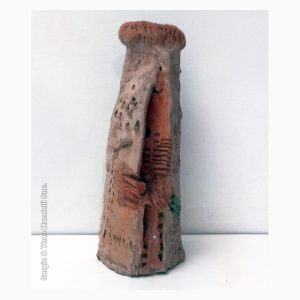