Ivano Sossella was born in Genoa in 1963.
The artist believes that the encounter of rational and religious thoughts is fundamental to the birth of the phenomenon we define as “art” in Western Europe.
Through his works, he tries to answer the question: when does the event called “Art” happen?
He holds that art has the potentiality to transform daily reality into something immortal, into something that  remains attractive even with the passing of time.
With the rise of Neo-Conceptualism of the 1990s, Ivano Sossella receives acclaim from important art critics and gallerists.
In 1992 he takes part in Documenta in Kassel; in 1993 Achille Bonito Oliva invites him to the “Aperto” section of the Venice Biennale.
He also stages exhibitions abroad, especially in France and Germany, the country where he stays for a long time.
Ivano Sossella invites us to follow him in a world where, apparently, nothing happens, but where, in reality, something does happen only to the attentive and sensitive spectators. It is the manifestation of art, something that embraces all the characteristics of a miracle.

Of the production of Ivano Sossella, born in Genoa, Mandelli Arte presents paintings belonging to the series “der Geist”, in other words, paintings that represent traces left by old paintings.
In the last years he utilizes pre-printed fabrics, which are pulled on to the canvas in an irregular way in order to create deformations to express his artmaking. 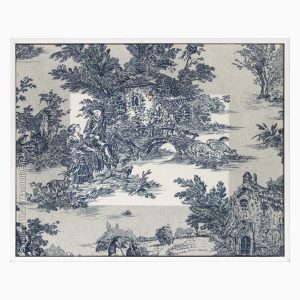