Beppe Bonetti was born in Rovato in 1951.
Initially he is interested in Geometric Abstraction with a tendency towards Optical Art.
In the 1980s he realizes that Rationalism has lost its primary role in painting: at the beginning of the 20th century, Rationalism, considered an unexplored territory rich of unpredictable discoveries, has reached a dead end.
He therefore commits himself to embarking on a new dimension; passionate about philosophy, Beppe Bonetti coins a new term, “Metarazionalità”, in which the prefix “meta” stands for “over”.
If Geometric Abstraction basically focuses on geometric lines and two-dimensional features of painting, he now tries to open up the forms and decompose them into their elementary components.
Talking about Beppe Bonetti’s art, Gillo Dorfles affirms that our epoch “ is imposed on the precise choice of the transgression of symmetry, of the falling apart of the established order, of the explosion of the closed and static forms.”
He keeps producing a body of works entitled “Variations on number 7” and “Variations on an error of Parmenides”.
Bonetti’s art highlights a nostalgia towards a reassuring art, in which geometrical structures could put everything in order.
But above all, his art expresses a spiritual aspiration with a human dimension which has always remained inexpressible.

After belonging to the abstractionism research during the second after-war, he analyses the process of dismembering of the rationalistic beliefs in which it was rooted.
He invented the term “Metarazionalità” (Metarationality), to address a reality that finds its expression beyond pure rational data, which he exxpress in acrylic paintings on canvas and on board.
In his series “Variations on an Error by Parmenides”, he demonstrates that the concept of Being theorized by the Greek philosopher contains inaccuracies, that he represents both through painting and sculpture. 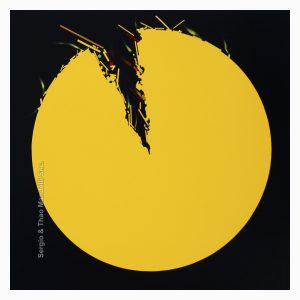 Variations on an Error of Parmenides 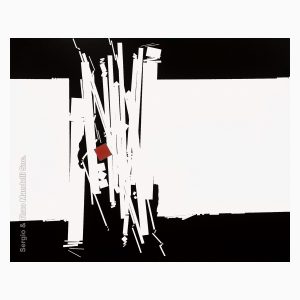 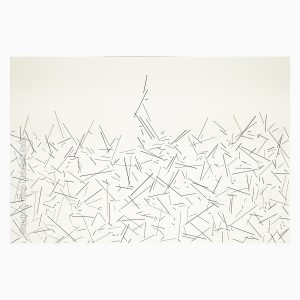