Gianfranco Notargiacomo was born in 1945 in Rome.
He gets a degree in Aesthetics and makes acquaintance with the major exponents of the art panorama of the epoch, especially with Pino Pascali, who provides him with precious advice.
His first performance is held in 1969 at Mara Coccia Gallery, where, by putting his name tag on each sold clothing item, he wants to speak out loud about his ironic indifference in front of the then dominant movement of Conceptual Art.
He cultivates this attitude over the course of his career and feels absolutely free to make experiments with diverse artistic languages.
For example, adhering to the concept of “Takète”, collocated in an aesthetic current originated from Marinetti, he first realizes a series of colorful metal sculptures, then paintings on canvases.
No longer interested in the prevailing attitude of seriousness and rigidity of the 1970s, through “Sturm und drang”, he recovers his enthusiasm and fills large scale canvases with colors titled “Storms and Assaults”.
Gianfranco Notargiacomo has certainly inherited his painting mode from Art Informel artists, but refuses to confront himself existentially with the canvas, thus gives his successive works a note of lightness.

Gianfranco Notargiacomo uses enamel on canvas, on which he often inserts metallic elements, according to the principle of “Takete”.
He also realizes large-scale artworks adopting acrylic on canvas.
His sculptures, bearing the imprint of post-futurism, are made of painted wood. 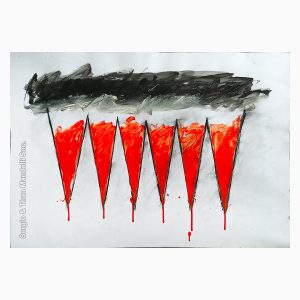 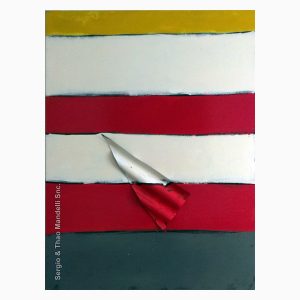 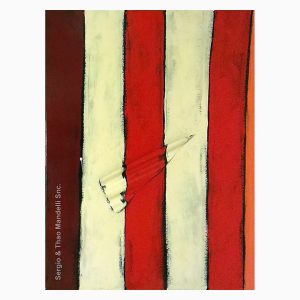