Luisa Raffaelli was born in Turin, where she completed her artistic studies and got a degree in Architecture.
Her passion for photography goes back to the late 1990s: photographs are mostly inserted in installations where she also incorporates objects of various kinds.
It’s only at the beginning of the new millennium that Luisa Raffaelli produces a series of works on computer which centers on female figures – usually with red hair – set in uncertain, fragile and awkward contexts.
She usually deals with uncomfortable environments overwhelmed with objects – a sort of non-places – such as junkyards, where the protagonist evidently feels out of place.
This body of work, shown at different venues, has captured collectors’ vivid attention.
Recently she has concentrated on confronting herself with nature. This leads to the creation of works which look into the relationship between art and architecture.
Of no less importance is her teaching activity. She holds seminaries at the faculty of Architecture in Turin.

Luisa Raffaelli, known for the compositions realized with the computer, elaborates elements taken from different photographic sources.
Then the images are printed with the lambda technique, placed under plexiglass and generally mounted on aluminium supports. 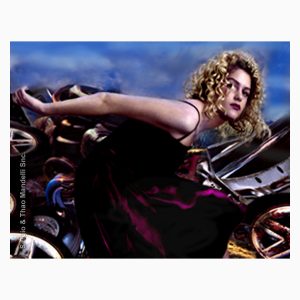 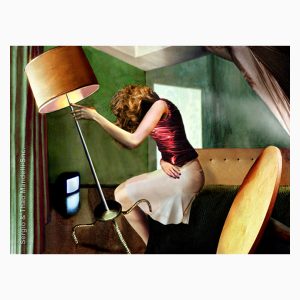 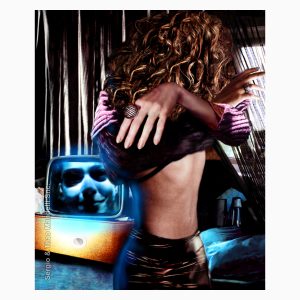